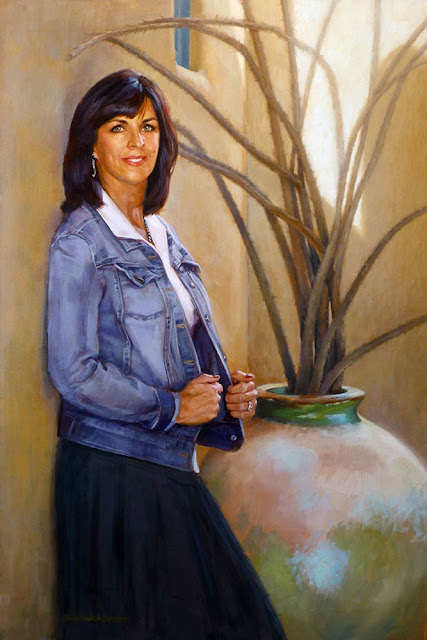 Kimberly McWaters, oil, 36x24", On Loan from the Collection of Mr. & Mrs. McWaters Kim McWaters Technical Institute – Chairman & CEO Kim McWaters is Chairman and Chief Executive Officer of Universal Technical Institute Inc., the nation’s leading provider of training for students seeking careers as automotive, diesel, motorcycle, marine and collision repair technicians.  McWaters was named Chief Executive Officer in 2003 and led UTI to a successful public offering. McWaters has been a member of the UTI Board for ten years and was named Chairman in 2013. She sits on the Penske Automotive Group Board, the nation’s second largest automotive retailer. In 2014, McWaters was appointed to the Mini Mobile Board, the leading storage company in the nation. She is an active member of the community with a passion for supporting women and children. McWaters has served on the Boards of the Boys and Girls Clubs of Metro Phoenix and Fresh Start Women’s Foundation for more tha
Post a Comment
Read more
More posts